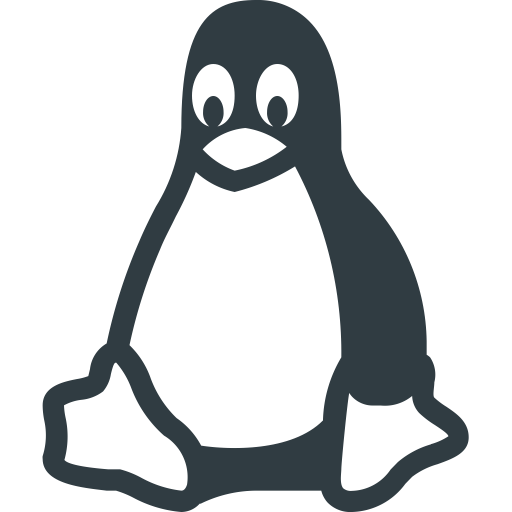 If you spent days on trying to fix not working sound under your Linux distro using alsa – You in the right place.

Many different tutorials about fixing sound under Linux are mostly related to not working kernel module, volume/muted output, improper device selected or dump debug log to waste someones else time. Nor any of those issues where my case.

I will get this as short as possible. If your kernel module is loaded properly and your mixer/device settings are correct – your driver is probably mapping your pin outs wrong. I have experienced this with built-in speakers in Sony Vaio VPCL12M1E. Under Ubuntu 16.04 (and down the line till 12.04) speakers where not working but everything was perfectly fine with headphones.

Play with HDA Analyzer Explained
In my case I have found that turning off mute for one of mixers (0x0d) and switching to that mixer on PIN 0x14 did the magic. It might be something else in your case (different mixer or pin) but usually procedure is same.

1st. Identify mixer, don’t get confused by names. In my case not working default was Speaker Playback Volume (0x0f) mixer. Change it into something else available. I had Surround Playback Volume mixer at 0x0d address. Disabled both Mute at Val[0] and Val[1] under Input Amplifier 🙂 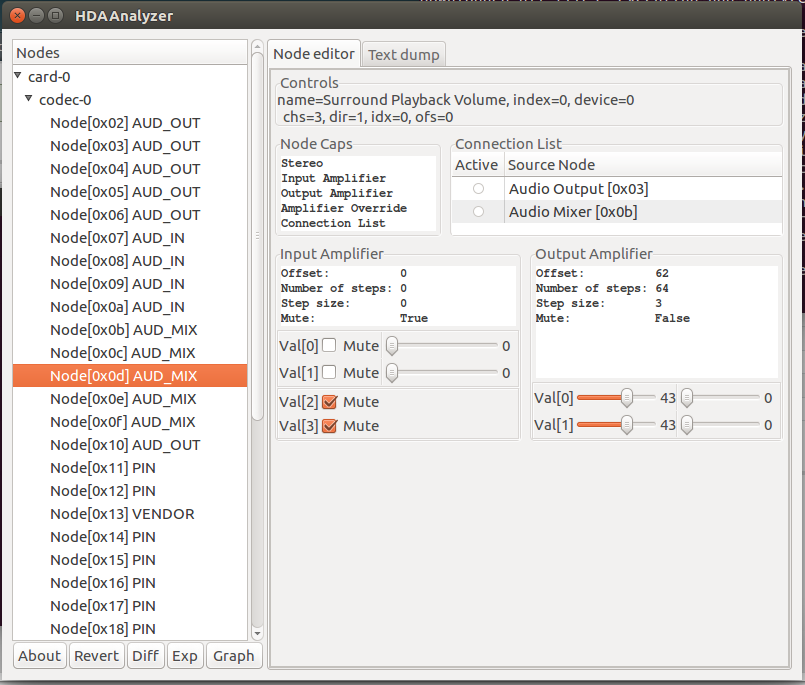 Next I’ve found that Speaker Playback Switch (0x14) pin was associated to my old not working mixer (0x0f) so I’ve just changed Source Node under Connection List to the one I’ve just unmuted (0x0d). Bum! Built-in speakers are playing nice! 🙂 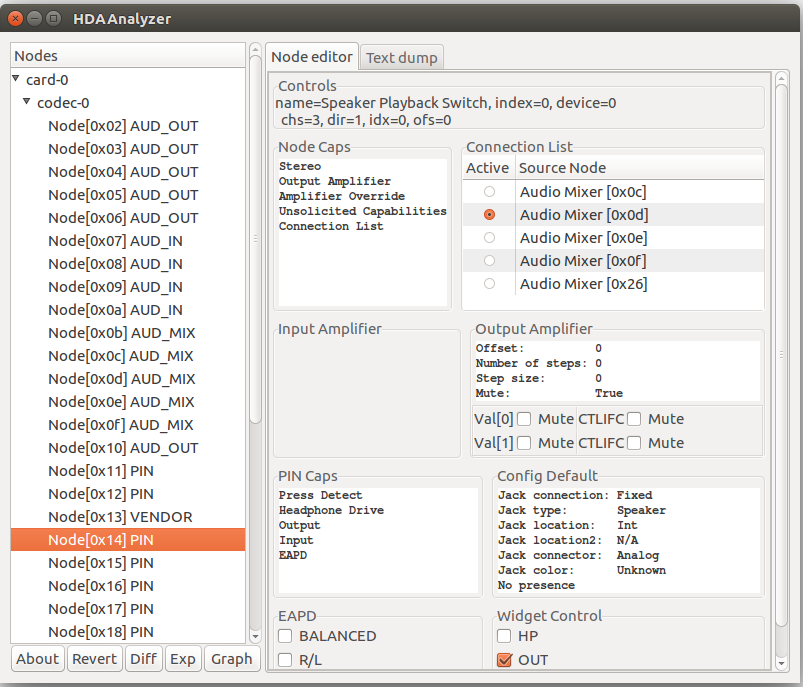 Run script on startup as root.